So You Want to be a Billionaire?

Contrary to popular belief, you neither "get rich quick" nor gain billionaire fortunes from fame.

Fortune's 1200 Billionaires tell a different story—older, often wise, and (generally) industrious. But for Facebook's rock stars and a few others, you're extra ordinary if you make a billion before 50. Surprisingly, the 95% cut-off is 85. If you earn a billion before 60, you're better than most billionaires. Great news if you're not planning to retire by 26. It takes a long time to generate billionaire wealth.

Figure 1 plots the number of billionaires vs. age. Note how few billionaires exist before age 40. The number jumps around age 45 and is maintained steadily through 75. Predictably, around 90 you've retired or were strongly encouraged to pursue other endeavors. As we'll see in figure 3, the grim reaper is not as significant to your billionaire tenure as your board. 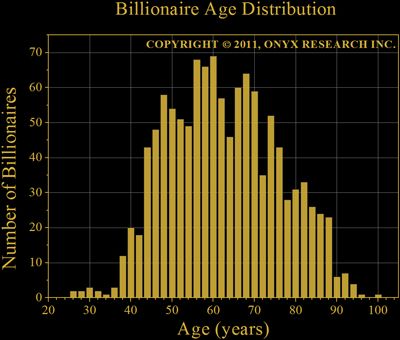 Figure 1. Billionaire Age Distribution. Age data from the Fortune billionaire list were used to plot number of billionaires vs. age. Few exist before age 40 or after age 90.

Key Conclusions from the Data

(4)   Billionaire wealth accumulation fits the same model as tumor growth. Entire markets are captured by these winners. Billionaire wealth and the underlying company growth are fueled by the business environment's resources (consumer bank accounts) until constraints are reached. Capturing and expanding market share is, as a result, a necessary business obsession (see figure 3). Dominant firms like Google, Facebook, Intel, Microsoft, Oracle, Berkshire Hathaway, Telmex, & Walmart control the commanding heights of our current economy, and as a result, are difficult to displace. 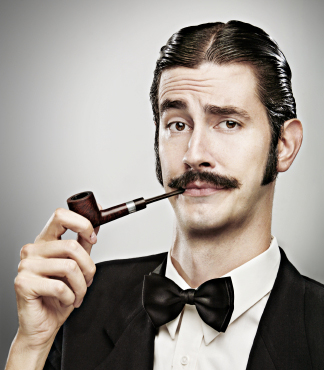 (7)   The population of billionaires can be better under- stood by equating their wealth with country GDPs around the world. The youngest 10% have the wealth equivalent of Argentina's GDP at purchasing power parity (PPP). Aggregating billionaire wealth through age 60 yields France's GDP. The aggregate billionaire wealth sums to Japan's GDP (see figure 3).

Supporting analysis follows below and on page 2.


Given Your Age, Where do You Fit? 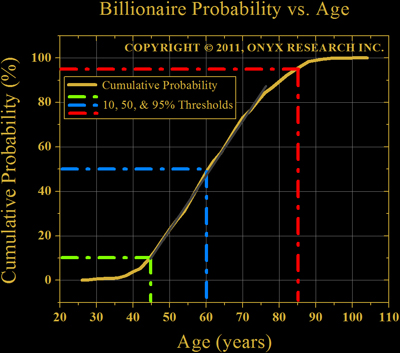 Figure 2. Cumulative Billionaire Probability vs. age. Probability you're a billionaire across ages. Green, blue, and red dashed lines indicate 10, 50, & 95% probabilities. Gray line added to emphasize linearity between 45 and 75. Added years in this range add more billionaires, but only linearly (i.e., age doesn't improve or worsen your billionaire odds in this range).