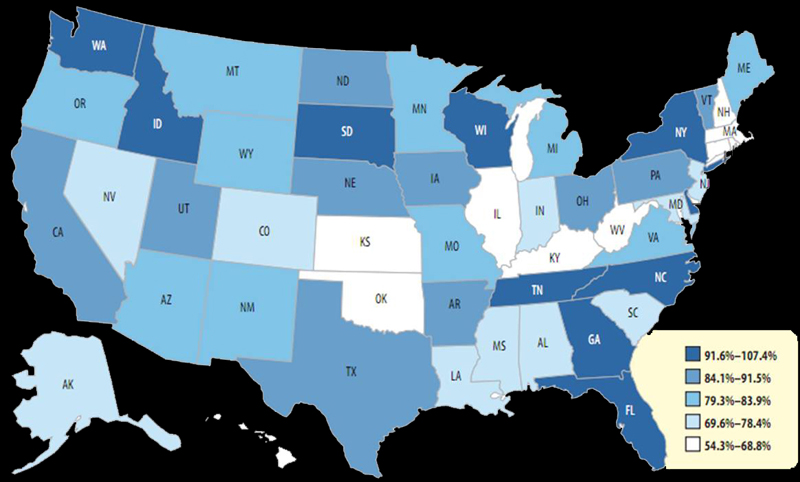 
Most United States fund investment is in either long-term mutual funds or money market funds. The distribution between the two pools is plotted in figure 4. 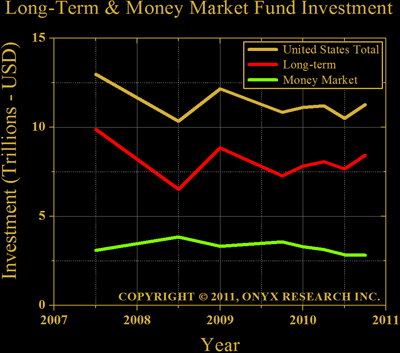 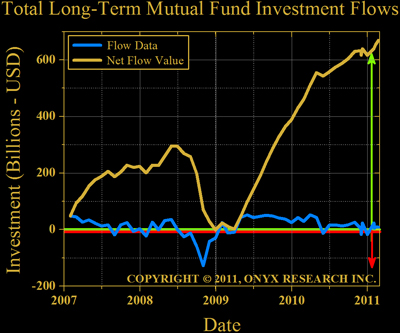 The net value in figure 5 lumps bond and equity investments. How has capital injection and liquidation split between bonds and equities? 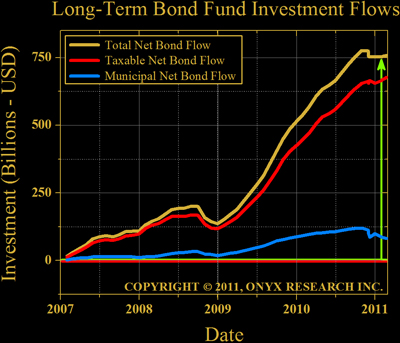 Investment in United States equity funds is, surprisingly, negative, except for foreign investment.